Leigh Zimmerman is Princess Taffeta in the
world-premiere of 'BLISS', a new musical fantasy which upends the traditional princess narrative 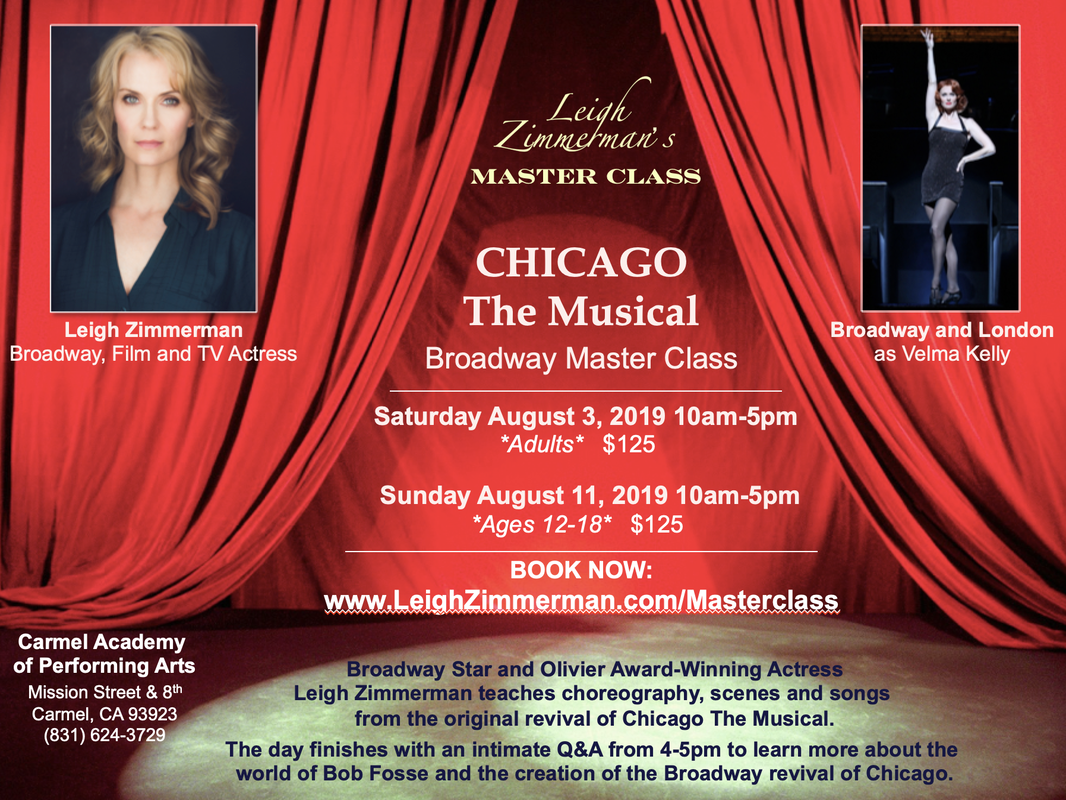 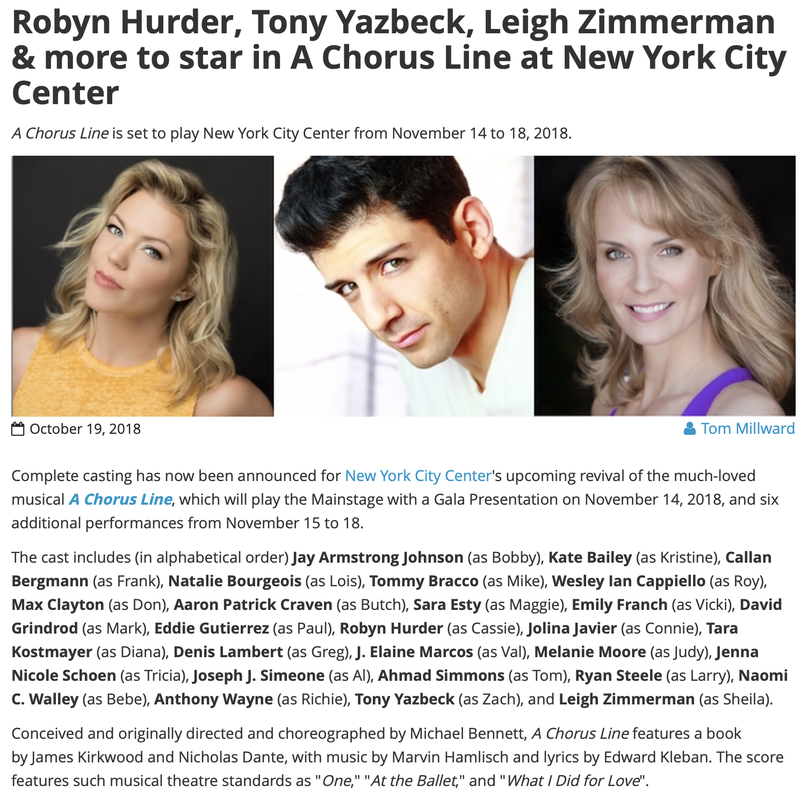 Watch the exclusive NY 1 Interview with Leigh
Copy and paste the link below to your browser
​to watch the interview:
https://www.ny1.com/nyc/all-boroughs/on-stage/2018/11/10/encores-a-chorus-line#​

Leigh is excited to revisit Crazy For You in the role of Tess
in the January, month-long, Developmental Lab
in New York City.

Leigh was in the final cast of the original production of
​Crazy For You in 1994 and is thrilled for the prospect of a
​Broadway revival of the production.​
October 30-December 10, 2017

Leigh returns to Chicago on Broadway
to play Velma Kelly​ 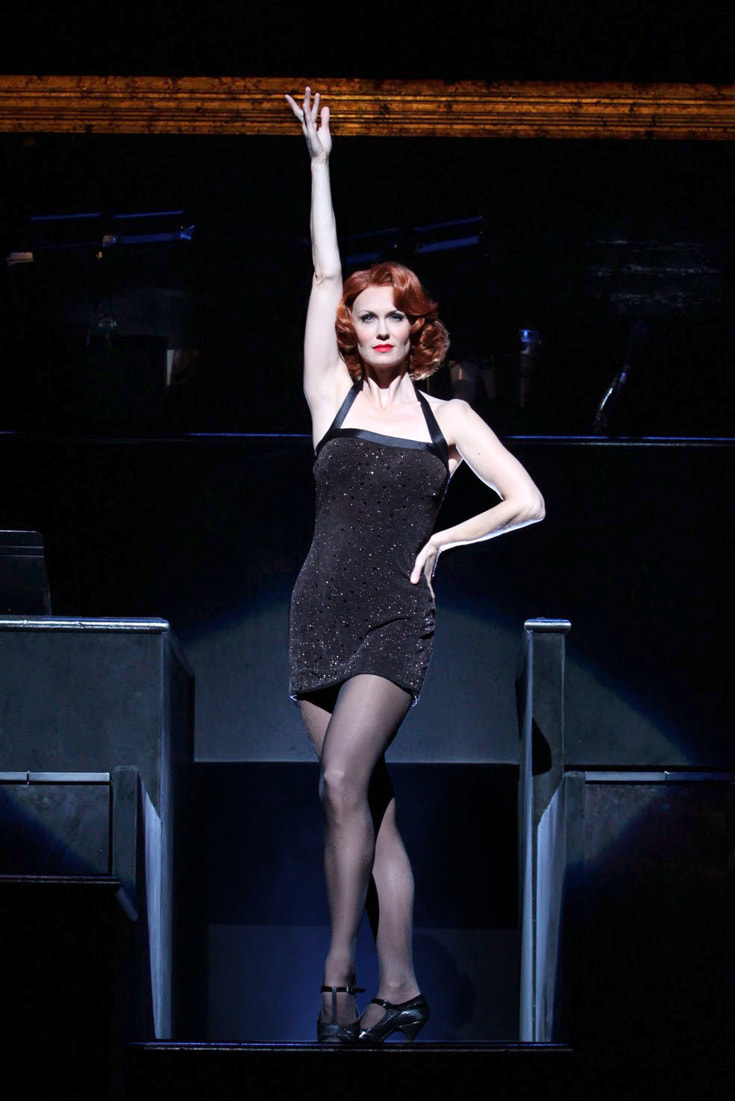 Photo Credit: Jeremy Daniels
Leigh Zimmerman will take the stand as Broadway's
Velma Kelly in Chicago beginning on October 30.
​The Olivier winner and original cast member is replacing Amra-Faye Wright in the role.

In addition to Chicago, Zimmerman's Broadway credits include A Funny Thing Happened on the Way to The Forum, Crazy for You and The Will Rogers Follies. She earned an Olivier Award for her West End performance in A Chorus Line as Sheila. Her other West End credits include Relative Values, The Producers, Chicago, Contact and The Seven Year Itch. On screen, she has appeared in NUMB3RS, Person Of Interest, One Life To Live and more.

​Leigh revisits her Olivier Award-winning role
as Sheila in a Chorus Line this summer
​at the Hollywood Bowl, Los Angeles!
Bob Avian, Baayork Lee and the producers of the Hollywood Bowl assembled past cast members from all over the world for this special event.  Leigh received more rave reviews for her performance as Sheila and was thrilled to join so many other ACL cast members, along with the LA Philharmonic, for this unique and exciting production.
Slideshow
Reviews
"And while Zimmerman’s wise-cracking Sheila dominates numerous scenes with her statuesque figure, the West End transplant is so spot-on with her ribald ripostes that she leaves us wanting more."
-The Hollywood Reporter

"Chicago vet Leigh Zimmerman, Kelsey Walston, and Mara Davi (one of several cast members reprising their role from the 2006 Broadway revival) elevated the evening’s vocals with the first soaring ballad, “At the Ballet,” a haunting trio that, for fans of A Chorus Line, may have finally found its venue match in the cavernous Hollywood Bowl. Zimmerman and Davi’s harmony was pitch-perfect and filled the space the way Marvin Hamlisch and lyricist Edward Kleban must have only dreamed of."
-Entertainment Weekly
back to home page