A Love Affair
From
A2Z 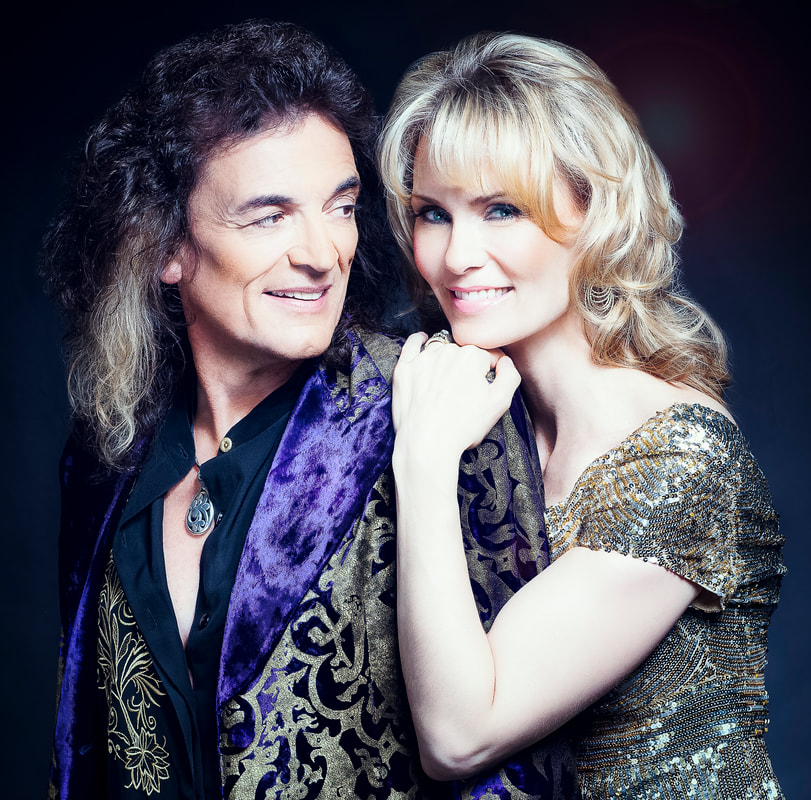 A Love Affair from A2Z is a musical journey that shines a spotlight on the stages of love, and the stages of life.
Domenick Allen and Leigh Zimmerman (the “A2Z” in the title)
have been married for 25 years. That's a wonderful and unique accomplishment in
​ show business, where love and success don’t always survive.

Leigh, winner of a 2013 Olivier Award for her performance in A Chorus Line, and Domenick, touring the world with his show VINYL - The Classic Rock Experience, have starred on many stages from Broadway to the West End to Las Vegas, in concert halls, arenas, nightclubs, and sound stages throughout their extensive careers. When her world of Theater collides with his world of Rock, it fuels the chemistry and passion between these two talented and charismatic performers who just happen to be soul mates.

A Love Affair From A 2 Z with Leigh Zimmerman and Domenick Allen at the St James Theatre Studio, London.
​
Leigh Zimmerman certainly knows how to make a guy feel small. At 5ft 11in this statuesque American has a start on most of them anyway, but in her high heels she towers over her long-haired husband of 20 years, the British rock singer-guitarist Domenick Allen.
These two met when Miss Zimmerman got her Broadway break in The Will Rogers Follies in 1993 and their Love Affair From A 2 Z, a heady mix of the chemistry, the music, the frothy fun and the anecdotes which make them a clearly still-in-love but disparate couple, got the London Festival of Cabaret off to a thumpingly successful start at a packed and wildly enthusiastic St James Studio.
Because she is so striking to look at and has those endless legs (covered up in the first half by a figure- hugging, full-length Julien Macdonald creation), it could be easy to forget what a serious singer- dancer-actress she is.
But you don’t get an Olivier award for A Chorus Line, an Olivier nomination for the delightfully ditsy Ulla in The Producers, or the demanding part of Velma in Chicago, all three big West End hits, unless you can cut it at top level. And this lady most definitely can, moving us with fine versions of Peggy Lee’s ‘Fever’ and Bonnie Raitt’s ‘I Can’t Make You Love Me’.
Leigh’s old man, a former member of 1980s group Foreigner and a Las Vegas regular, is less well- known here, but now they have settled in London and love it, we shall discover he is a hugely versatile, multiple-instrument-playing entertainer, whether it be rock, pop, cabaret or even jazz (his aunt is jazz legend Annie Ross and he has played with Buddy Rich).
His forte is wittily updating other people’s songs to make them more contemporary. I’m not sure Stephen Sondheim even knows
what ‘twerking’ is, but there it was in Allen’s version of ‘The Little Things You Do Together’. And Dave Frishberg might not have recognised ‘Blizzard of Lies’, all about the torrent of insincerities and downright untruths we are marooned in as part of our daily life-speak. But both worked well.
In the second half, Dad called up their 13-year-old daughter Cayleigh to belt out that old crowd-pleaser ‘River Deep Mountain High’ and this two-hour love-in ended with what else but ‘All You Need is Love’.
Backing was brilliantly provided by John Smith on piano, Matt Senior, a very lively drummer, and Don Richardson on bass.
The Festival runs to the middle of November in several prime venues including the Palace Theatre, St James and Soho Theatres, the Crazy Coqs and the Pheasantry.
If what follows matches the standard of A 2 Z (that’s A for Allen and Zee for Zimmerman), we cabaret groupies will indeed be very happy bunnies.

The London Festival of Cabaret, curated by Neil Marcus, celebrates the resurgence of the art form with a mix of international stars and a sprinkling of talented new artists.
Olivier Award-winner Leigh Zimmerman is no stranger to London audiences but to launch the festival, the A Chorus Line star teams up with husband Domenick Allen for A Love Affair From A2Z. Singer, songwriter and musician Allen may be a less familiar face but the fusion of his rock sensibilities with Zimmerman’s musical theatre skills makes for hugely engaging evening that sees Cy Coleman and Kander and Ebb on the same setlist as Led Zeppelin. 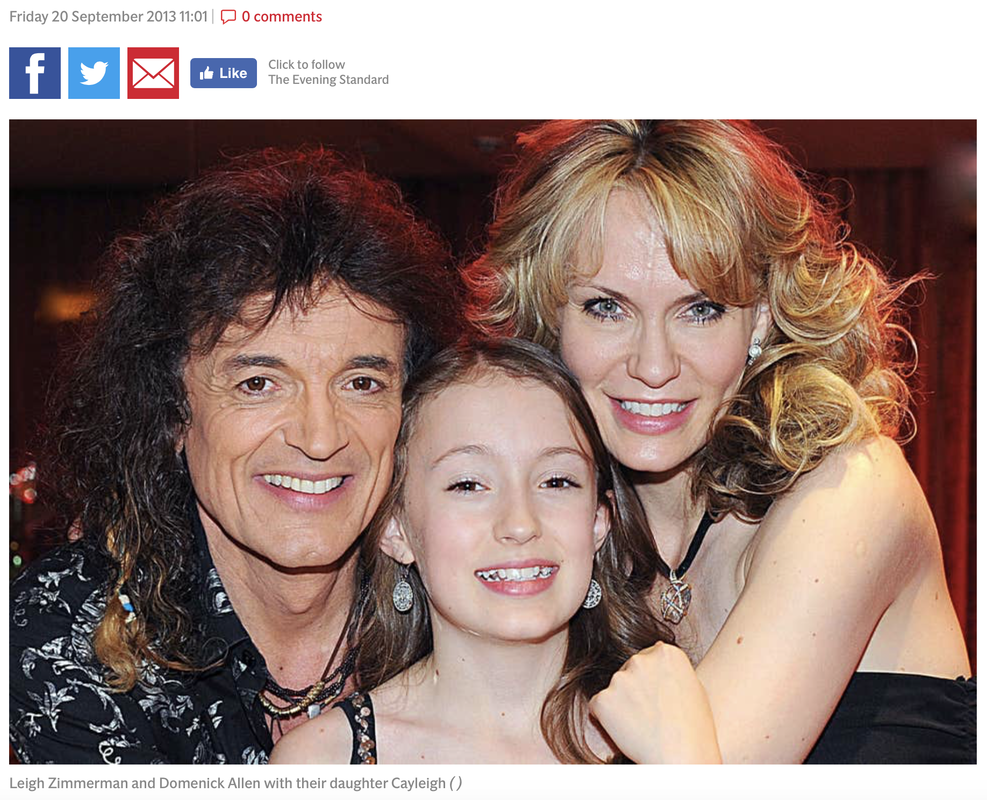 Olivier award-winning musicals star Leigh Zimmerman is making London’s new festival of cabaret a family affair, performing with her husband — and possibly even their daughter.  The American is to take to the stage with Domenick Allen, her UK-born rock musician husband of nearly 20 years, at the celebration next month.
And they might even allow 13-year-old daughter and aspiring star, Cayleigh, to join them.  The family outing, at the St James Theatre, comes after the success of Zimmerman’s return to the West End in A Chorus Line, which earned her a best supporting role Olivier award.
It prompted the family to decide to settle back in the UK, where they had lived for seven years to 2007, during which time Zimmerman appeared in shows including The Producers.  “We absolutely love being back and the Olivier award was like the icing on the cake,” she said.  “This is an amazing thing for us. Most of the time we are doing things separately. Our genres are so different.”  She added: “To have something like the London Festival of Cabaret organized is a real first for cabaret.”  Their daughter was “very much part of everything we do,” she said.  “She wants to be in show business. She’s got a killer voice.” The performance will stretch the boundaries of cabaret, mixing numbers by the likes of Led Zeppelin — which Allen plays on tour in America — with the musical showstoppers for which Zimmerman is known.
Leigh Zimmerman and Domenick Allen — A Love Affair from A2Z opens the London Festival of Cabaret on October 13. The festival runs until November 17.