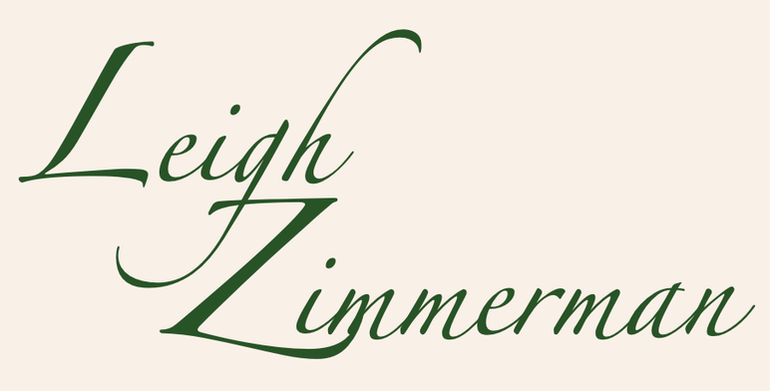 Leigh Zimmerman is an Olivier Award-winning, multi-talented actress, singer, and dancer whose career successfully spans stage, screen, and television in both the US and the UK. Leigh is a leading entertainment professional, business owner, teacher, mother, wife, and activist.  Leigh is also proud to hold both American and British citizenship, ​which allows her to ​live and work all over the world.

Born in Madison, Wisconsin, Leigh's passion for show business began at the age of three when she had her first professional dance lesson.  At the age of sixteen, she won a scholarship to the Boston Ballet, where she performed for two years. Leigh then went on to dance with The Fort Worth Ballet and The Eglevsky Ballet Company before moving to New York City.

1991 was an influential year for Leigh.  She made her film debut in 'Home Alone II' with Macaulay Culkin and her Broadway debut as an original cast member in the Tony Award-winning musical 'The Will Rogers Follies'.  After a successful run, Leigh continued to play the role of Ziegfeld's Favourite on an extensive 27-week tour across the United States throughout 2002 and 2003.  She also was selected to perform highlights from the show at The Kennedy Center in Washington D.C. in a special tribute concert to the legendary lyricists Betty Comden and Adolph Green.

In the autumn of 1996, Leigh was asked to create the role of Go-To-Hell Kitty in the Tony Award-winning Broadway revival of 'Chicago'. Playing to packed houses, Leigh enjoyed a successful two-and-a-half years with the show.  The respected theater reviewer, John Simon, said of her performance, "You marvel at Leigh Zimmerman, tall, talented, and the most terrific looker on today's Broadway."

During this time, Leigh furthered her television career by guest starring on some of America's most popular television comedies and dramas including, 'Central Park West', 'One Life To Live', 'Another World', 'Guiding Light', and multiple appearances on 'The David Letterman Show', in which she was part of a select group of performers creating spoof sketches for several years, 'The Tonight Show starring Jay Leno' and 'The Rosie O'Donnell Show' performing excerpts from ‘Chicago,’ and performing in comedic sketches on 'The Conan O'Brien Late Night Show'.

In early 1998, Leigh modeled the latest Jockey Underwear for their national press campaign, which was kicked off by a 100-foot billboard overlooking Times Square.  Shortly thereafter, Leigh appeared in several national commercials and print ads for the Victoria's Secret lingerie line, 'English Lace'.

In 2000, after appearing in five Tony Award-winning Broadway shows in her native America, Leigh moved to England to make her West End debut playing the part of Elaine in 'The Seven Year Itch' with Daryl Hannah at the Queens Theatre directed by Michael Radford.

In April, 2001 Leigh made a huge splash in the West End starring as Velma Kelly opposite Denise Van Outen in 'Chicago' for an unprecedented one-year contract.

In 2002, she was asked to work for the second time with director and choreographer Susan Stroman to create the role of The Girl in the Yellow Dress in 'Contact' for the West End, once again at the Queens Theatre.  During that time, Leigh completed feature film work on 'Proof' with Gwyneth Paltrow and Anthony Hopkins, 'Red Light Runners' with Harvey Keitel, 'The Defender' with Dolf Lundgren, and 'Submerged' with Steven Seagal.

In 2004, Leigh was asked to play the role of Miriam in the controversial play, 'Three On A Couch', by the Nobel Prize-winning scientist, Carl Djerrassi and worked closely with him to shape the play for the legendary London fringe theatre, The Kings Head. Leigh then starred as Leslie Peters in the television docudrama 'Small Pox: Silent Weapon' for the FX Channel and as Tamsin Reed on 'BBC's Doctors'.

Later that year, Leigh was thrilled when she was then asked to create the role of Ulla in London’s West End Production of 'The Producers', and her portrayal earned her an Olivier Award Nomination for Best Leading Actress in 2005.

During her run as Ulla in London from 2004-2006, Leigh accepted leading roles in several more highly acclaimed film and television projects.  She played the English double agent, Helen Harlow, alongside Brian Cox, in ITV’s 'The Outsiders'.  She starred as the Scottish police sergeant, Sergeant Beesley, in the BBC hit comedy 'Feel The Force'.  She also had a leading role as the American desperate housewife, Megan, in Ben Elton’s comedy series 'Blessed' for the BBC.

In 2006, Leigh appeared in several high profile feature films.  She portrayed Christine Snyder in 'United 93' directed by Paul Greengrass for Universal and Working Title Films.  She spoke fluent Spanish as the gothic siren, Irene, in the Spanish Film, 'La Luna En Botella' (The Moon In A Bottle) for Ikiru Films in Madrid and Barcelona.  Leigh also starred as the California love guru, Candy Connor, in the British independent film, 'Are You Ready For Love' for Carnaby Films.

In early 2007, Leigh returned to the US when she was asked to open the Las Vegas production of 'The Producers', reprising her role as Ulla.  The production had a very successful one year run at the Paris Hotel where Leigh worked with David Hasselhoff,  Tony Danza and other well known celebrities.

In 2008-2009, Leigh guest starred on several episodic television shows in America including her role as Leslie Dennis in season 4 of 'NUMB3RS' on CBS.  Leigh then returned to the West End in London to reprise the role of Velma Kelly in 'Chicago'.

In 2010-2011, Leigh returned to Broadway as Velma in 'Chicago', making her one of the few actresses to star in the role in both London and New York.  She then appeared as the self-assured Upper East Side socialite in the feature film 'W.E. ' directed by Madonna and as Sasha on the premiere episode of the CBS drama 'Person Of Interest' with Michael Emerson and Jim Caviezel.

In 2012, Leigh guest starred in 'VINYL~The Classic Rock Experience', alongside her husband, Domenick Allen (who toured with Foreigner) and Denny Laine (from Wings and The Moody Blues) in Las Vegas.

In 2013, Leigh was invited to return to London’s West End in the revival of 'A Chorus Line' at the London Palladium. Leigh won the 2013 Olivier Award for Best Actress In A Supporting Role for her hilarious and touching portrayal of Sheila Bryant.

In 2013, Leigh also starred with Domenick Allen at the St James Theatre in London in the show 'A Love Affair From A2Z', which opened the 2013 London Festival of Cabaret.

In early 2014, they went on to reprise their show for a special Valentine’s Day Concert 'A Valentine From A2Z', also at the St. James Theatre in London.  Leigh was then honored to be invited by Elaine Paige to appear as a special guest on Episode 1 of the new Sky Arts show 'The Elaine Paige Show', along with Julian Ovenden and Dame Gillian Lynne.  She performed ‘Adelaide's Lament’ from Guys and Dolls before a live studio audience.

Leigh was then invited back to the popular BBC show 'Doctors' for the episode ‘Must Edit Filth’ to play the role of Brook Banning, a high powered, New York lawyer visiting Letherbridge to pay respects to her late aunt and causing trouble for Jimmi and Mandy.

For the 2014 Olivier Awards, Leigh and Nigel Harman were the celebrity announcers of the Olivier Award Nominations and Leigh went on to present the award for Best Featured Actor in a Musical on the live televised award show at London’s famous Royal Opera House.

Leigh then went on to achieve one of her highest career goals when she was hand picked by legendary director Trevor Nunn to portray Miranda Frayle in the West End production of Noel Coward’s 'Relative Values' at the Harold Pinter Theatre alongside Patricia Hodge, Caroline Quentin and Rory Bremner.  Leigh received wonderful reviews for this role, including Michael Billington’s  review in the Guardian stating “Leigh Zimmerman invests the invasive movie star with a grace and dignity that makes you feel she's the one who'd be marrying beneath her.”

In late 2014, Leigh returned to the US with her family to co-found and launch their new business, Monterey Meringues, a trendy new artisan food business that benefits music education. Throughout 2014 and 2015, Leigh and her husband Domenick were very proud to establish a successful business that could continually give funds to organizations nurturing and supporting music education.  Leigh was also passionate about continuing to teach and accepted numerous invitations to conduct her Masterclasses in Acting for Musical Theater in both the US and the UK.

In 2016, Leigh was invited back to London to perform on the 40th Anniversary telecast of the prestigious Olivier Awards.  Leigh performed a special tribute to the West End shows that had won Olivier Awards throughout the decades, singing with Michael Feinstein, Michael Ball, Daniel Evans, and Sharon D. Clarke.  She also performed in the grand finale of the show, with other Olivier Award-winning actresses, in a tribute to A Chorus Line, the very first musical to win an Olivier Award for best musical.  They sang the iconic song from A Chorus Line, 'What I Did For Love'.

Leigh was then invited to revisit her Olivier Award-winning role of Sheila in A Chorus Line at the Hollywood Bowl in Los Angeles.  Bob Avian, Baayork Lee and the producers of the Hollywood Bowl assembled past cast members from all over the world for this special event.  Leigh received more rave reviews for her performance as Sheila and was thrilled to join so many other ACL cast members, along with the LA Philharmonic, for this unique and exciting production.

Leigh was excited to revisit the production of Crazy For You in the role of Tess in early 2018 with director Susan Stroman in a developmental lab with the prospect of a Broadway coming soon.

In November 2018, Leigh was thrilled to return to the role of Sheila in A Chorus Line at New York City Center. A Chorus Line was the featured production City Center's 75th Anniversary Gala.

Leigh is grateful for her ongoing 23-year relationship with the Broadway production of Chicago The Musical and continues to reprise the leading role of Velma Kelly periodically.

In February of 2020, Leigh portrayed Princess Taffeta in the world-premiere of Bliss, a new musical fantasy which upends the traditional princess narrative. Bliss opened at the 5th Avenue Theatre in Seattle on February 14, 2020.

Back to Home Page